Friday night found me in El Cerrito at one of their noteworthy dive bars, The Little Hill Lounge. The lounge was recently reopened after being purchased by Matt and Christ of The Kon-Tiki and Palmetto fame. 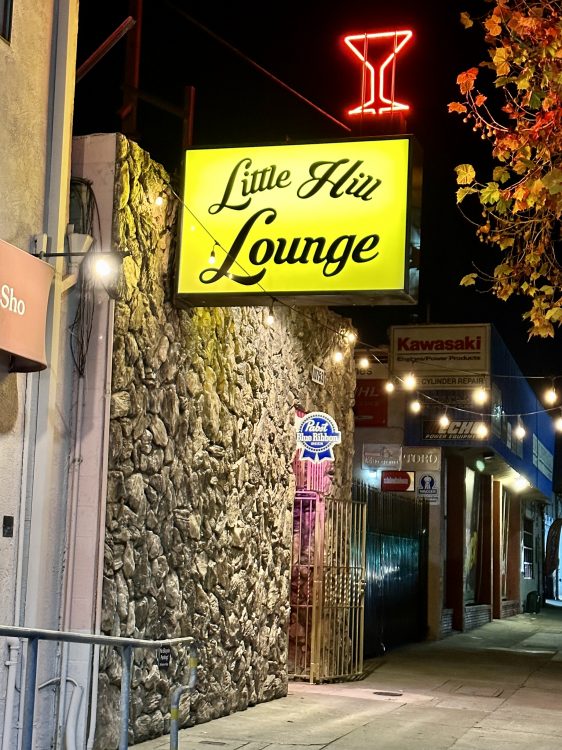 So many old school touches in this place that looks like it was transported from 1985. Only the modern point of sale system and reliance on holding credit cards for customer tabs would give a time traveler any clue it was 2022. There weren’t even many people using their smartphones.

The atmosphere was raucous but friendly. The group of middle-aged ladies in the booth behind me were doing a whole lot of hooting and hollering. Music was all 1980s-era deeper cut hard rock (Billy Squier/Deep Purple not Bon Jovi/Guns n’ Roses) with some Beastie Boys and Black Sabbath thrown in to spice things up. In fact, when “Paranoid” came on I got to see not one but multiple dudes grooving and air drumming (I can neither confirm nor deny that I was one of said dudes). There’s a vintage CD jukebox inside but is currently out of order. 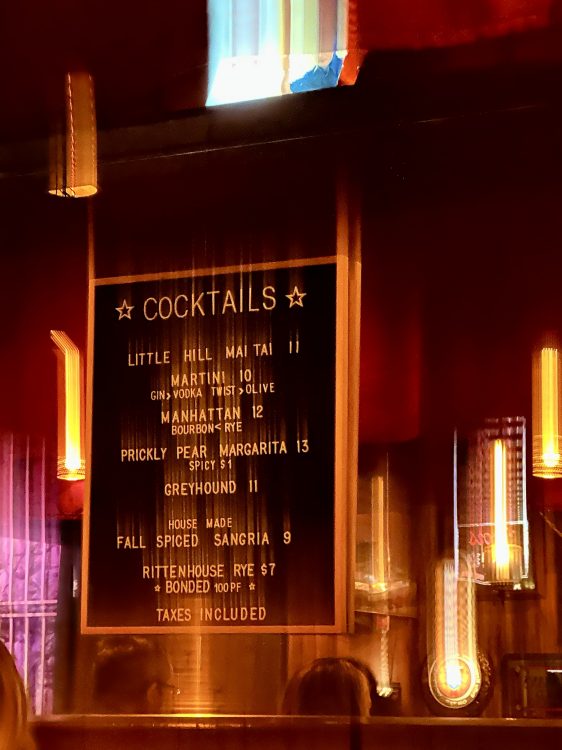 As the PBR sign outside indicates, this is obviously a beer place with a number of craft beers on tap and a variety of beers in bottles/cans. Yet, the cocktail menu demonstrated that Little Hill Lounge is not your average dive bar. Aside from the Prickly Pear Margarita and house-made Sangria, there at the top of the list is the Little Hill Mai Tai. This may have had something to do with my visit.

It is incredible to drink a 1944 Mai Tai in a bar with wood paneling and Olympia Beer signs all over the place. Yet, something tells me that the Mai Tai I would have ordered in in 1985 would have tasted different. Yes, friends, the cocktail is pretty good at Little Hill Lounge and possibly the world’s best dive bar Mai Tai.

Now, my honest feedback is that leans a little far in the Agricole direction given the clientele. Or maybe boost the orgeat a bit. For a second round I ordered a Wisconsin Old Fashioned that was very well prepared and tasted fantastic. Service was great here. 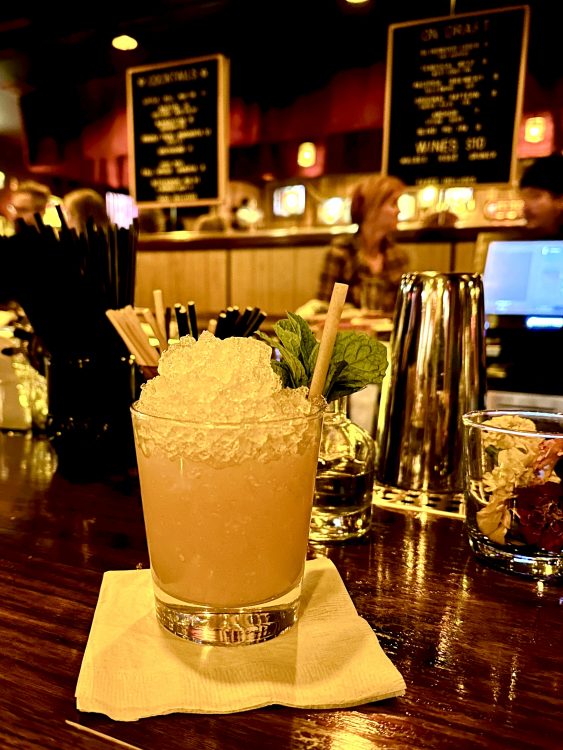 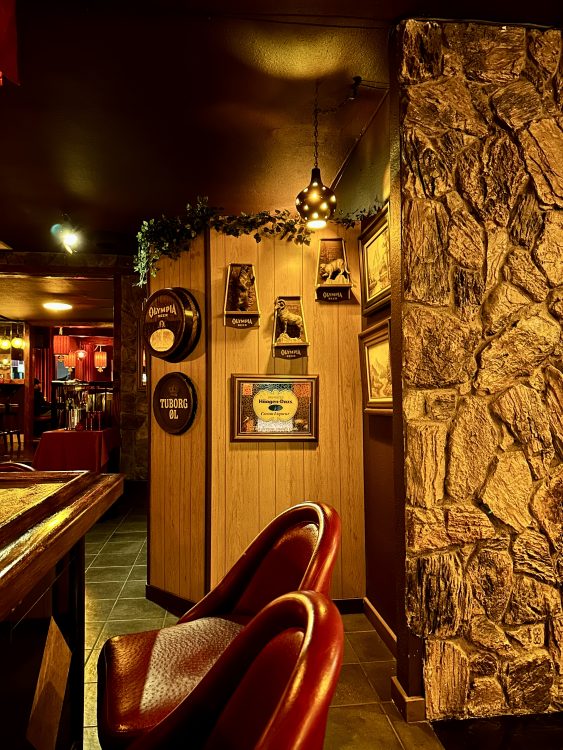