This was of the recipes during the segment of “Mai Tai or Not a Mai Tai” during my appearance on the The Rumcast a couple weeks ago. My father likes IPAs like I like Mai Tais so seemed like a perfect opportunity to give this one a try with my parents coming over for dinner.

I gotta say, this was pretty damn good. There was just a hint of the IPA in there, and we used a pretty potent one, the Denogginizer! This is a Douple IPA from local favorite Drake’s Brewing Co. just up the freeway in San Leandro. I’d even say that you could up the IPA to 2 ounces and still keep this light and refreshing.

This was so good, I’m declaring it enough of a “Mai Tai” to go on my running total of Top 10 Mai Tais of the Year. 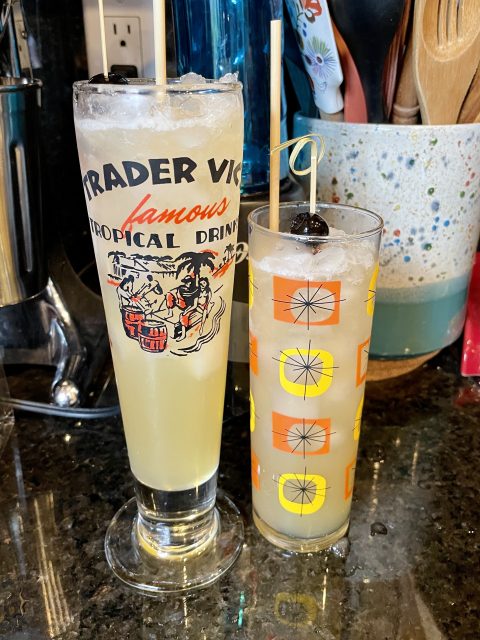 Shake all ingredients with ice and strain into an ice-filled rocks or Collins glass. Garnish with Luxardo cherries. 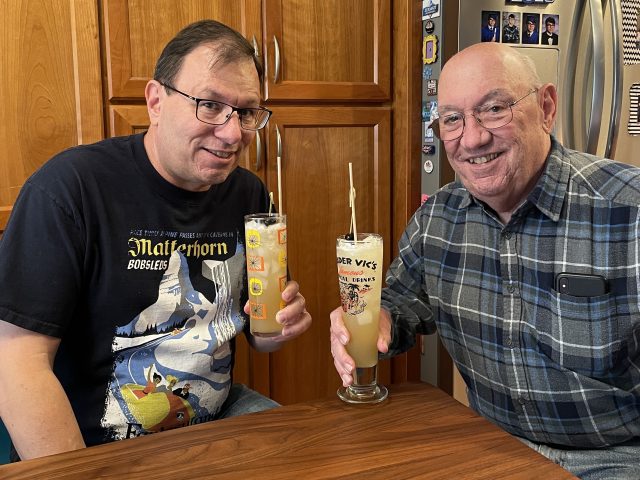